Office of the Chief 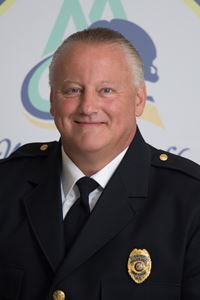 He has been responsible for the operational planning of many high profile events that have received national attention and include the opening ceremonies for the new Ravenel Bridge, the Blue Angels visit, The Congressional Medal of Honor Society Convention and the security of high profile visitors. The most recent event was the leading of the Unity March over the Ravenel Bridge that was attended by over 10,000 participants and in support Emanuel 9.

Chief Ritchie succesfully led the Mount Pleasant Police Department to its eighth national reaccreditation achieving the Gold Standard with Excellence and is committed to community policing.