Shell middens and shell rings are American Indian sites found along the South Carolina coast including East of the Cooper River that date back 3,000 to 4,000 years. Shell middens, largely comprised of shell, animal bone, and pottery, are ancient garbage that accumulated as people lived in the area and took advantage of local shellfish resources. Some middens contain post holes, other structural remains, and large pits used for steaming shellfish. Archaeologists believe shell rings are structures deliberately constructed for ceremonial purposes or as public monuments.

Around 1,200 years ago, American Indians living along the Wando River made distinctive pottery using limestone and clay from the river banks. This type of pottery is found only in the Wando River Basin and is distinguished by the presence of  limestone used to temper the clay and make it more pliable. Wando pottery was often decorated with impressed and stamped designs.


Moll’s 1715 map of Carolina shows the Sampa Indians located on land between the Cooper and Wando rivers, and the Wando Indians and Sewel Indian Fort on the east branch of the Wando River. On the map, this branch is labeled Wampancheonee Creek. Archaeologists have yet to locate the Sewel Indian Fort site. The Sewel (Sewee) Indians occupied the East Cooper area when the first Europeans arrived in 1680. Today, some of the street names in old Mount Pleasant reflect this earlier American Indian heritage. View Moll's Map (c. 1715) 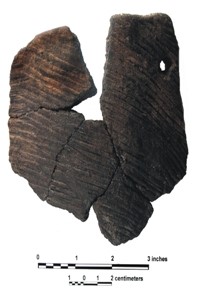