Public Meeting
On September 24, 1860, a public meeting was held in Mount Pleasant at Ronkins Long Room on Ferry Street. Participants produced 11 resolutions. The 10th and 11th resolutions were determinations to leave the United States should Abraham Lincoln be elected president: “Resolved that in the opinion of this meeting, the election of Mr. Lincoln to the office of President of the United States is in itself sufficient cause for war;” and “Resolved that in the event of Mr. Lincoln’s election South Carolina should make every effort to meet one or more of the other southern states in convention to determine the best mode of dissolving the connection with the present union.” It is believed that Mount Pleasant produced the state’s first secession resolution.

Charleston Secession Convention
The state secession convention met two months later in Charleston on December 20, 1860, and seven Southern states soon formed the Confederate States of America. At the advent of the Civil War, the Mount Pleasant mortar battery and an adjacent floating battery between Mount Pleasant and Sullivan’s Island were instrumental in the defense of the harbor and in attacks on the Union’s Fort Sumter. As the war progressed, the town was further protected by an additional battery in the village and a line of fortifications from Elliot’s Creek at Boone Hall Plantation to Copahee Sound. This was part of the outer defenses of Charleston. On August 11, 1982, Fort Palmetto was listed on the National Register of Historic Places.

Fort Palmetto was the easternmost position in the Christ Church Parish line of defense. Commanding Hamlin Sound and Dewee’s Creek, it was designed to deny Union naval support of any attack on Charleston from the northeastern side. The Christ Church line was laid out by Robert E. Lee and constructed in late 1861. The importance of Fort Palmetto may be measured by the fact that the position mounted one 9-inch gun and two rifled 32-pounders at capture, while the remainder of the line was unarmed. The fort is a three-gun battery approximately 160 feet long and 80 feet deep. Although a simple open battery, Fort Palmetto has unusually high relief with a parapet approximately 15 feet in height and a magazine approximately 25 feet above the surrounding terrain. These elevations provided better visibility over Hamlin Sound in addition to presenting a more formidable appearance.

Fort Palmetto on the National Register

The town also served as the secret training ground for the nine-man crew of the Confederate submarine CSS H. L. Hunley. On February 17, 1864, this small vessel was launched from Breach Inlet with the mission to attack and sink the USS Housatonic, a 12-cannon steam-powered war sloop on Union blockade duty. CSS Hunley sunk the USS Housatonic. Shortly thereafter, CSS Hunley and its crew sunk to the bottom of the harbor where the submarine and occupants remained undiscovered for over 100 years. The CSS Hunley was raised in August 2000.


On February 26, 1865, Henry Slade Tew wrote a letter to his daughter Emily Jenkins Tew describing the surrender and occupation of the Town of Mount Pleasant. Tew was a storekeeper and leading citizen who was elected mayor on Friday, February 17, as Union troops readied to occupy the city. He described the surrender: "About 12 o'clock Saturday three barges landed from the fleet and as I had been elected Intendant by the people on
Friday, in that official capacity attended by some of the citizens I surrendered the town submitting to the military authority of the U.S. and was promised protection to persons and private property." 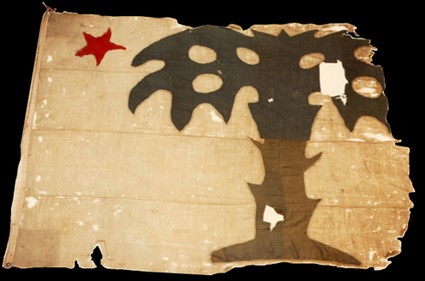 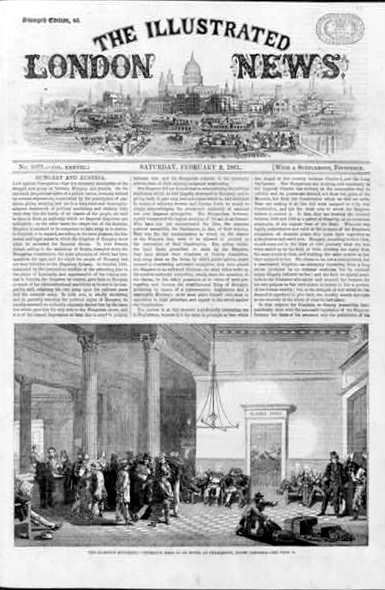 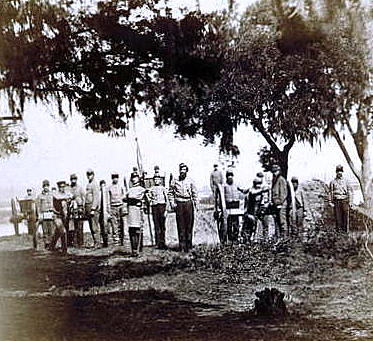 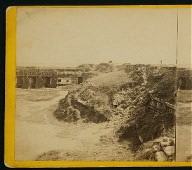